Bloom’s Day and the Hawking Index 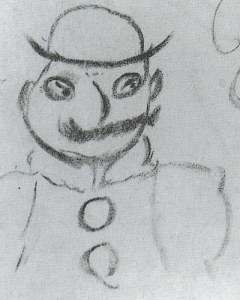 On this day, June 16th, in 1904,  Leopold Bloom rose at 8am in his Dublin home. He walked to the butcher to buy a pork kidney, cooked it, and took it to his wife Molly for breakfast (yuck).

I’m not sure what happens to Leopold for the rest of June 16th as I must admit to not having read much further into the novel Ulysses, despite numerous attempts. It must be a good read though – the book was banned for obscenity for years.

James Joyce said that rather than writing a novel for a million readers, he preferred to write novels that one person would read a million times. I wonder what he would think of one reader who started his novel a million times.

Joyce once prophetically said that he had “put in so many enigmas and puzzles that it will keep the professors busy for centuries arguing over what I meant”.

Fortunately, many people are much more literate than I, and many devotees of James Joyce now celebrate June 16th as Bloom’s Day each year, and reenact the path trod by Leopold.

The novel Ulysses was banned in America before it was even a book. But Sylvia Beach, proprietor of the Paris bookstore Shakespeare and Company, published it in 1922. The book remained banned in our enlightened Australia until 1953!

We have met Shakespeare and Company before in this blog.

What do you think is the most sold but least read book of all time?

Jordan Ellenberg has formulated an algorithm to answer this question.

He’s called it the Hawking Index, after everybody’s favourite unread book, A Brief History of Time.

© 2015, Alexandra. All rights reserved. No reproduction without permission. Purchase this article for reproduction rights.